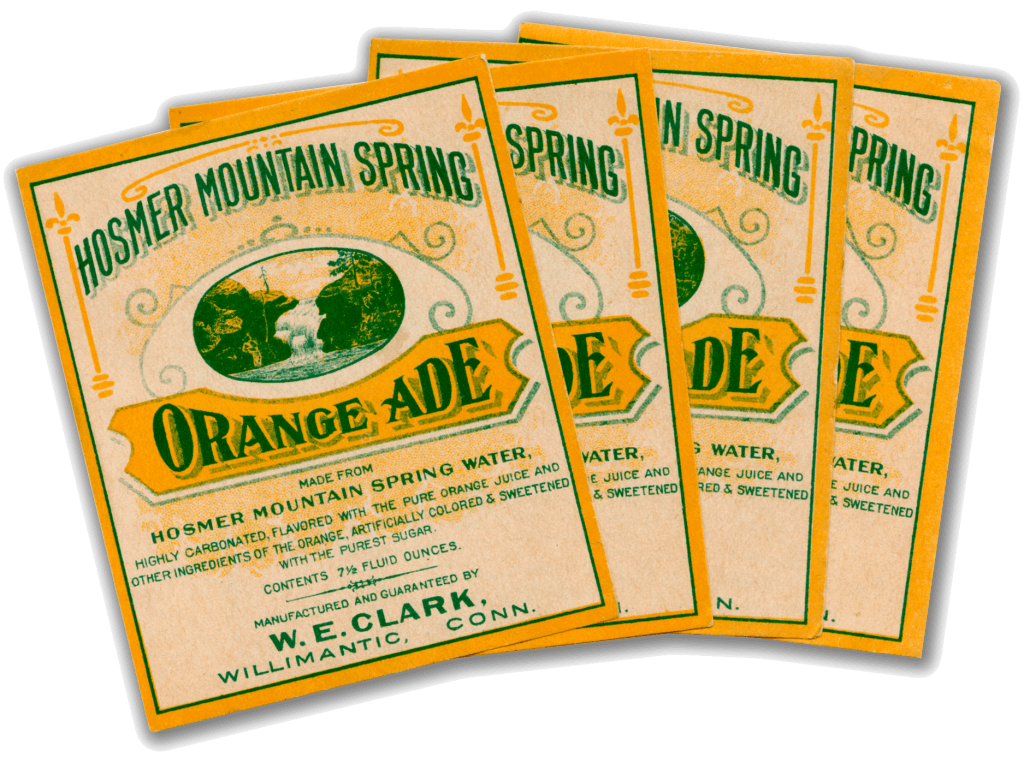 Hosmer Mountain Spring Bottling Works began production of soft drinks before World War I with an array of flavors including Orange Ade. (pictured above)

Read More about our over 100 years of rich history!

The waterfall depicted on our bottles does not reference one waterfall in particular, but rather many of the smaller waterfalls that can be found along the Willimantic River. You may have noticed the phrase "bottled in the land of swift moving water" around the image of the waterfall on our bottle. This is in reference to the origin of the word "Willimantic", which comes from the Algonquin language origins of the native Mohegan-Pequot and Narragansett tribes. "Willimantic" historically means "land of swift moving water" in Algonquin. The Hosmer label aims to capture some of the history of the town of Willimantic, especially the importance of the Willimantic River in the town's history. Willimantic was home to many textile mills which were powered by the Willimantic river. Willimantic has been home to Hosmer since its founding in 1912.

Made with the Purest Water and Finest Ingredients 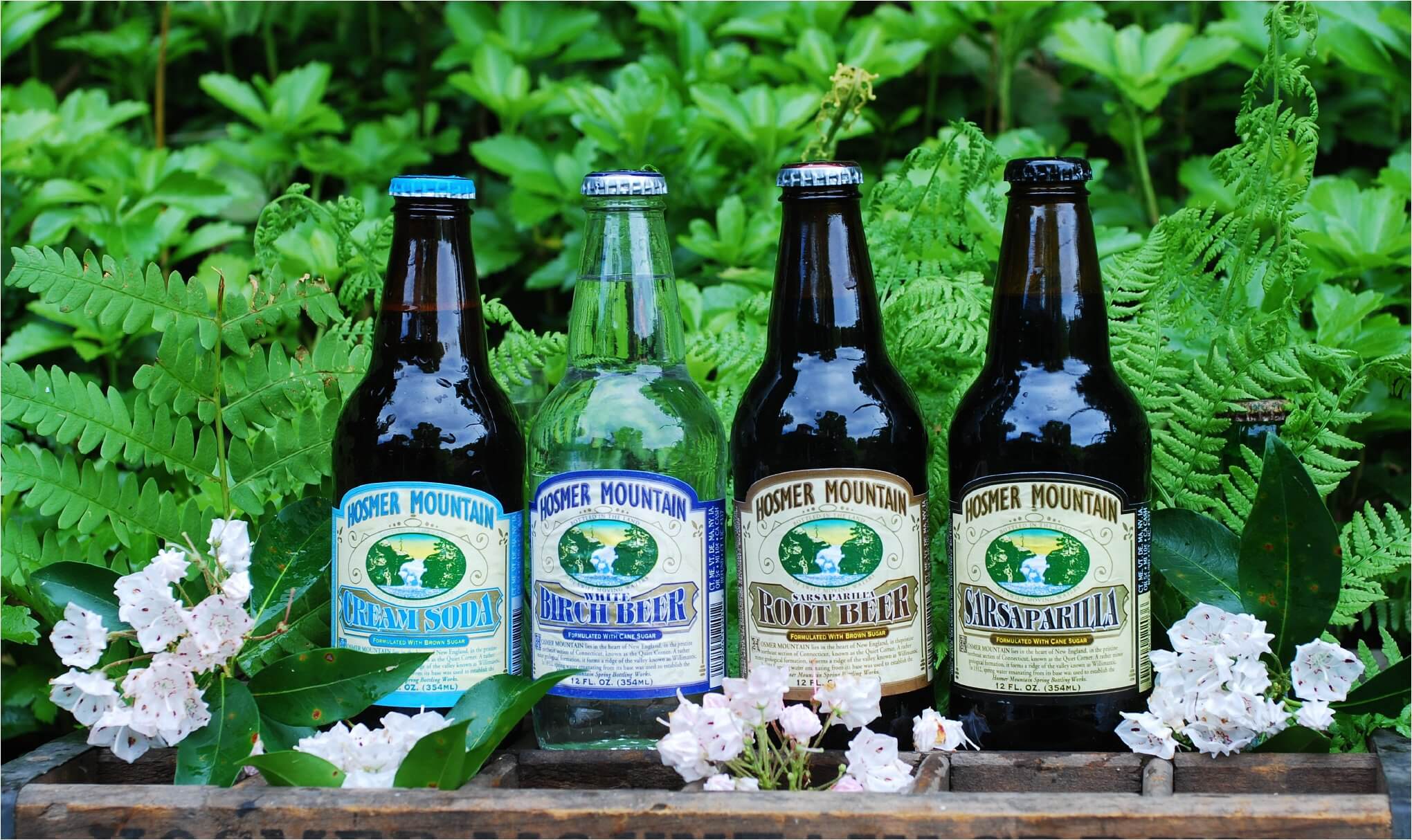